What is Lewy body dementia (LBD)?

Lewy body dementia (LBD) is one of the most common types of dementia in older adults. Dementia is a loss of mental functions that is severe enough to affect your daily life and activities. These functions include:

What are the types of Lewy body dementia (LBD)?

There are two types of LBD: dementia with Lewy bodies and Parkinson's disease dementia.

Both types cause the same changes in the brain. And, over time, they can cause similar symptoms. The main difference is in when the cognitive (thinking) and movement symptoms start.

Dementia with Lewy bodies causes problems with thinking ability that seem similar to Alzheimer's disease. Later, it also causes other symptoms, such as movement symptoms, visual hallucinations, and certain sleep disorders. It also causes more trouble with mental activities than with memory.

LBD happens when Lewy bodies build up in parts of the brain that control memory, thinking, and movement. Lewy bodies are abnormal deposits of a protein called alpha-synuclein. Researchers don't know exactly why these deposits form. But they do know that other diseases, such as Parkinson's disease, also involve a build-up of that protein.

Who is at risk for Lewy body dementia (LBD)?

The biggest risk factor for LBD is age; most people who get it are over age 50. People who have a family history of LBD are also at higher risk.

What are the symptoms of Lewy body dementia (LBD)?

LBD is a progressive disease. This means that the symptoms start slowly and get worse over time. The most common symptoms include changes in cognition, movement, sleep, and behavior:

In the early stages of LBD, symptoms can be mild, and people can function fairly normally. As the disease gets worse, people with LBD need more help due to problems with thinking and movement. In the later stages of the disease, they often cannot care for themselves.

There isn't one test that can diagnose LBD. It is important to see an experienced doctor to get a diagnosis. This would usually be specialist such as a neurologist. The doctor will:

LBD can be hard to diagnose, because Parkinson's disease and Alzheimer's disease cause similar symptoms. Scientists think that Lewy body disease might be related to these diseases, or that they sometimes happen together.

It's also important to know which type of LBD a person has, so the doctor can treat that type's particular symptoms. It also helps the doctor understand how the disease will affect the person over time. The doctor makes a diagnosis based on when certain symptoms start:

What are the treatments for Lewy body dementia (LBD)?

There is no cure for LBD, but treatments can help with the symptoms:

Support groups can also be helpful for people with LBD and their caregivers. Support groups can give emotional and social support. They are also a place where people can share tips about how to deal with day-to-day challenges. 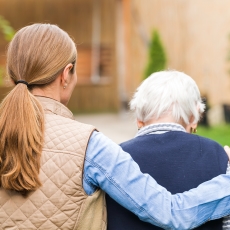